Year 12 – The Year of Personal Bests 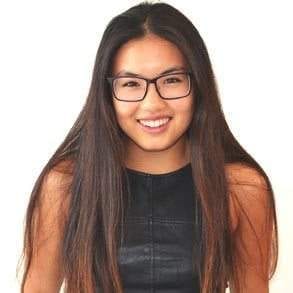 Having completed Year 12, I can officially confirm that the most overrated phrase is “VCE is too hard”. But having come out the other end, a more dedicated and inspired student, I can reassure you that VCE is not, at all “hard”, but rather an overall lesson to commit and simultaneously have faith.

Yet, I’ll admit that I too, sat in those classrooms thinking in order to do well, I had to beat all my peers and the gazillion faceless 18-year-olds enrolled in the same subject around the state. Mind you, it also scared me to know that within this pool of faceless individuals, there were undoubtedly some attending tutors everyday after school, doing practice exams by Term 1 Week 2 and teenage geniuses who should have already been accepted into Harvard already for their sheer intellectual intelligence. It was like being thrown into a maze – blindfolded – and the only way to survive was to take the leap of faith on my own.

But as the year progressed it became apparent, this was certainly not the case. Although VCE is, in superficial reality, a competition between students to achieve as many marks as they can, each student’s success does not actually depend on the performance of their “competitors”, but rather their motivation to achieve new personal bests at every opportunity.

We all progress at different rates and to compare your results to the person next to you is by no means a measure of your achievements; the only way to beat this competition is to compete against yourself. Better your previous assessment marks by 1 or 2; and you will already by creeping up the state percentile ranking by the same margins – continue to do this and you will naturally find your knowledge will extend beyond your expectations. Being at the top of your class doesn’t necessarily translate into you being at the top of the state – but being at the top of your game will always assure that your improving and entering the next level (in terms of results).

However, there is no such thing as a technique to guarantee a great mark at the end of the year as the entire scheme of calculating study scores is based on a culmination of your SAC marks, your ranking in your class, your own exam results; but also the exam performance of your class. It is important to understand, your classmates are no longer your “competitors” within the VCE game, but actually your most valuable allies. A class which manages to band together and all excel, come exam day, are bound to all do better than an individual who scores the same exam mark but has neglected their struggling peers. Your cohort can pull you up – but they can also drag you down.

So my final word of advice for this year is to work as a team with your classmates to all strive for personal bests. Organise times to revise together and before a SAC or the actual exam, sit timed practice exams and review the accompanying Examiner’s Report in depth. These files are your VCE Bible – they will show you the percentage of students who scored full marks for each question and also the questions which became discriminators between average and top students. If your entire class is able to nail the discriminators this is clear sign you are in the top range of students.

To be hungry for success is one thing, but to work for it is another. I wish the Class of 2016 a year of personal bests, because luck is not something you will need to depend on.

LGT Tutoring is an Australia-wide education company that specialises in matching students with tutors and providing 1-on-1 private tutoring. We are currently active in VIC, NSW & QLD and focus our efforts on assisting primary school and high school students. 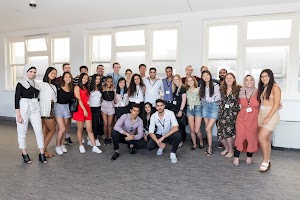 Deborah Bridgford
10:39 17 Sep 19
The Tutor was on time and very attentive towards my daughters learning needs . My daughter said she was really nice and very helpful with her Maths and a little bit of english and happy to continue on with her .

suman lokula
01:12 01 Apr 19
Bryce from LGT given a First Lesson yesterday to my son and he is very good we recomend LGT .RegardsSuman Lokula

Lynda Crouch
09:17 30 Aug 18
Tutors at LGT are excellent. They are reliable and committed. They do advance preparation before lesson. Supportive and encouraging. Very knowledgeable and good resources to assist with subject.Definitely would recommend them.

TRACY Seif
13:13 29 Aug 18
Excellent! I found LGT tutoring very professional and provided excellent service with great follow up. The Tutor is brilliant, he explains everything so well that my child is starting to excel and now really enjoys the subject that she was struggling in. I highly recommend them.

Dave Olman
09:38 29 Aug 18
Lgt has been great for my daughter. The tutor has helped increase her grades with only 2 sessions per week. Highly recommended.

julia alberti
09:36 29 Aug 18
amazing service. My tutor has taught me so many skills that has helped me in school and out. I highly recommend if you want to improve in your schooling subjects.

Chandra Gunarathne
09:33 29 Aug 18
Nicole is teaching Business Studies to my son. She is an excellent teacher. I am glad that we found her through LGT Tutoring. A significant improvement of his Studies thanks to her.Thank you LGT TUTORING.
See all reviewsWrite a review